The 16th Venice Architecture Biennale opened its many and various doors on the 26th of May 2018. Maja Kuzmanovic and Nik Gaffney (FoAM Earth) were involved as part of the team responsible for creating the Pavilion of Croatia, entitled Cloud Pergola / Architecture of Hospitality. The installation will remain in the Arsenale complex in Venice until the 25th of November. 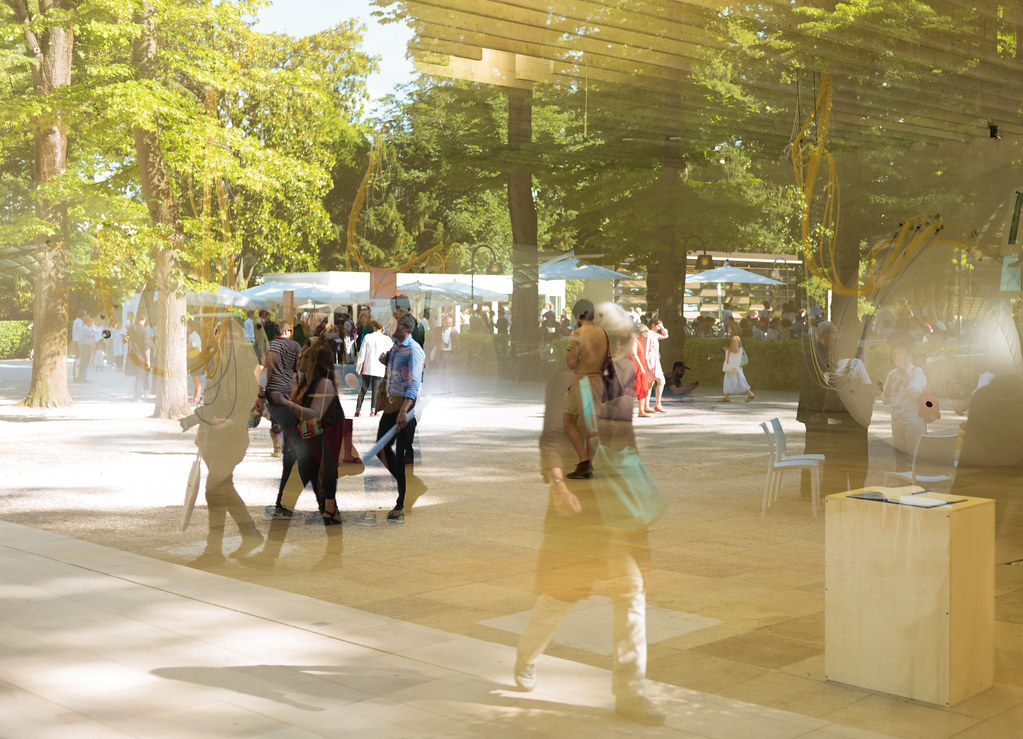 Cloud Pergola is an immersive environment, where robotically printed mathematised clouds are complimented by subtle traces of feet walking toward a horizon of ink, infused with a soundscape reminiscent of a panpsychic gathering under a pergola. Pattern and noise, surface and interference, bits and bites commingle to create an uncanny experience. Simultaneously inviting and distancing, the familiar construct of a pergola becomes an alien latticework as interpreted by a swarm of computational agents. Chaotic weather morphed into recyclable plastics. The voices of markets and waves convoluted by enchanted silicon. Yet for all of its otherworldly fragility, the human condition seeps through the whiteness of the clouds. The imprint of a foot, the laughter of a child, the stain on the floor or a slightly leaning column. The architecture of hospitality, a porous structure and an imperfect process, became an invitation for visitors to fill its gaps with their own lives, memories and experiences. 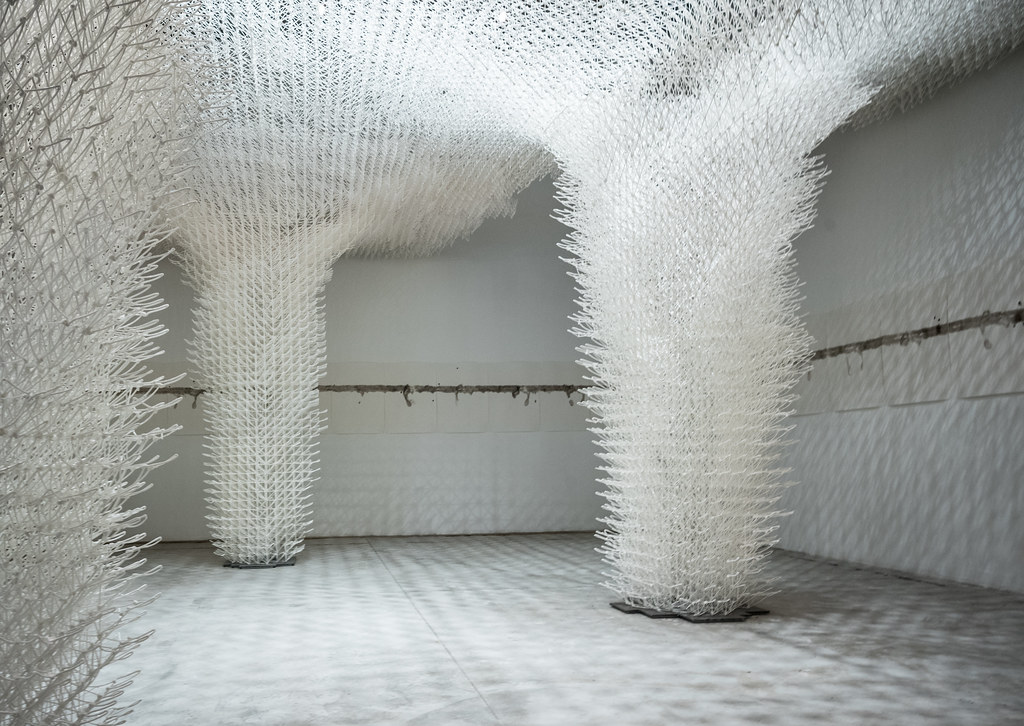 FoAM's contribution to the pavilion is an ambient soundscape oscillating between field recordings and synthetic murmurings. We collected the field recordings in Istria this spring. We ventured to markets, restaurants and cafes to capture the convivial Mediterranean atmosphere. We hiked into the forests to listen to a different kind of conviviality, one filled with birds and pollinators, snakes, lizards and scorpions. We fished for sounds from jetties, rocks and pebble beaches and made contact with the silent botanicals in a secret garden along the old Parenzana railroad. We let our algorithms attempt to make sense of the recordings, speculating how a lavender bush might interpret an urban coffee date, or what a wave would sound like to a swarm of bees. The result is a composition that weaves in and out of comprehension, from an estranged reality to a hospitable irreality and back again. 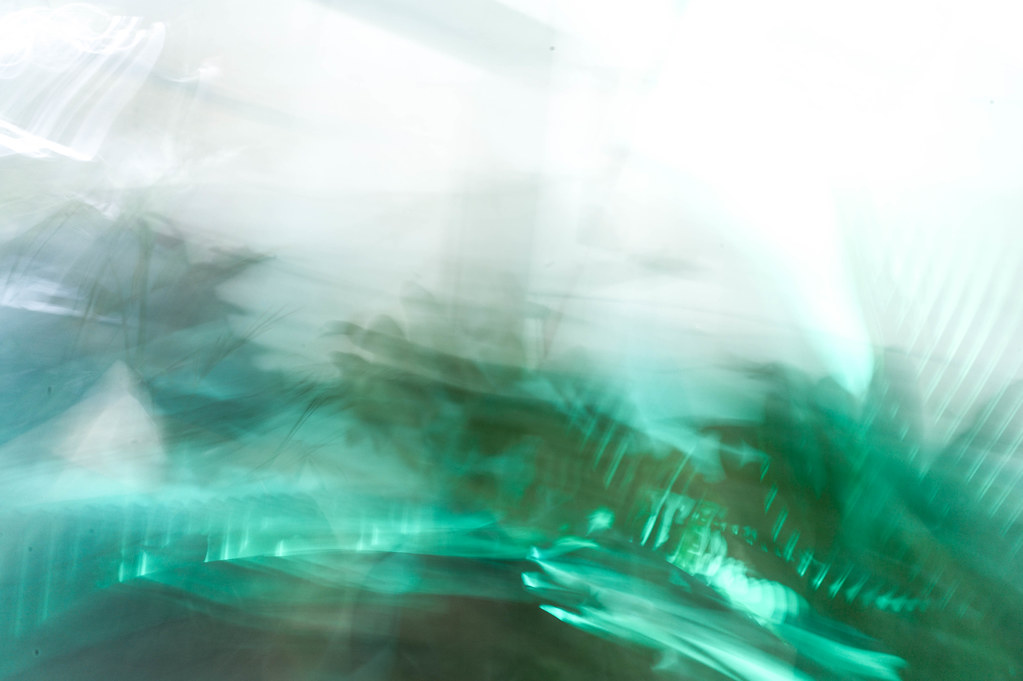 "Conviviality emerges effortlessly under the shade of a pergola. A graduated sense of closeness that includes those at a distance and those that hide in plain sight. Gregarious gatherings, lazy retreats, boisterous feasts. People come and go, the noise rises and subsides. A culture of the overlooked and the inconspicuous, the quiet entities that persist, seemingly inert, alive within their own alien dynamics. Out there (right here) beyond human perception, rocks flow fluidlike and dust speaks to dew, voices trailing in the wind, barely heard."

–From An Ephemeral Garden on Medium. 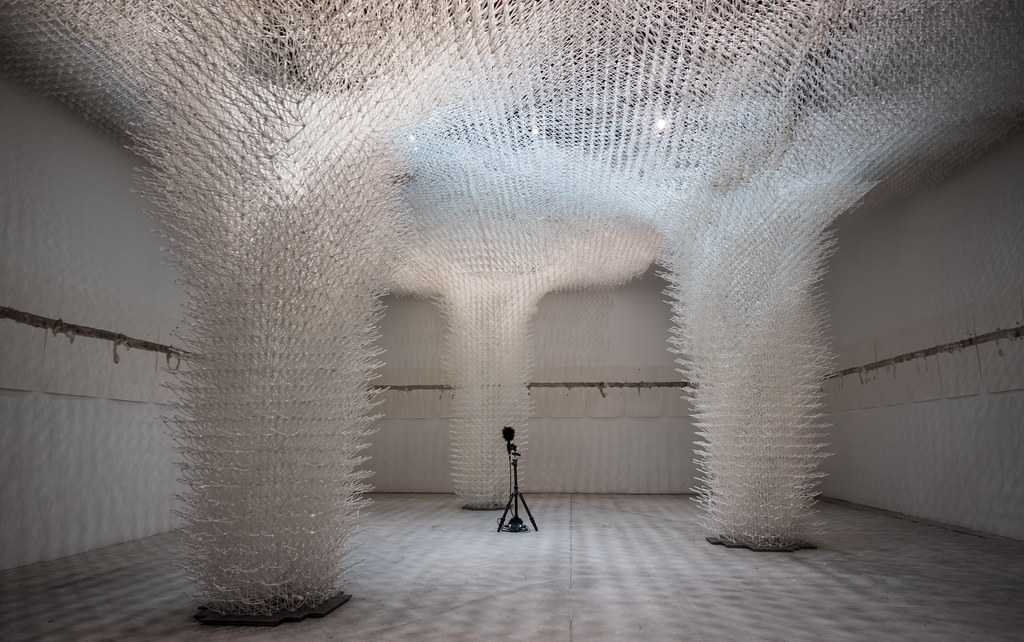 Alisa Andrasek has a comprehensive page explaining how the 3D structure of the pergola has been designed and printed. Vlatka Horvat talks about her work How to Still The Eye in this post. The curator of the pavilion Bruno Juricic is collecting posts on a Cloud Pergola page on Facebook, while Branka Bencic is responsible for the info on the Facebook page of the Croatian Pavilion. There is still some hope that the pergola.ai website will be up at some point between now and the end of November, where this information will all be collected in one place. 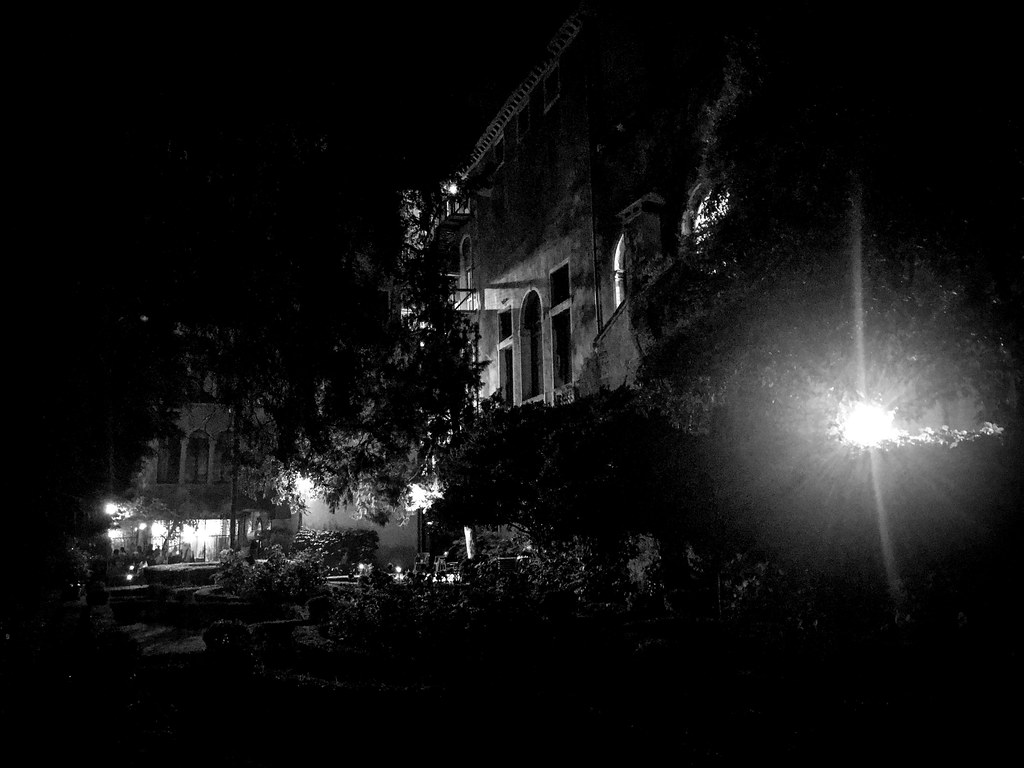 We would like to thank the Croatian Ministry of Culture and Nevena Tudor Perkovic in particular, as well as Biserka Rauter, Lana Setka and the whole team from the National Museum of Modern Art, for their unrelenting support.