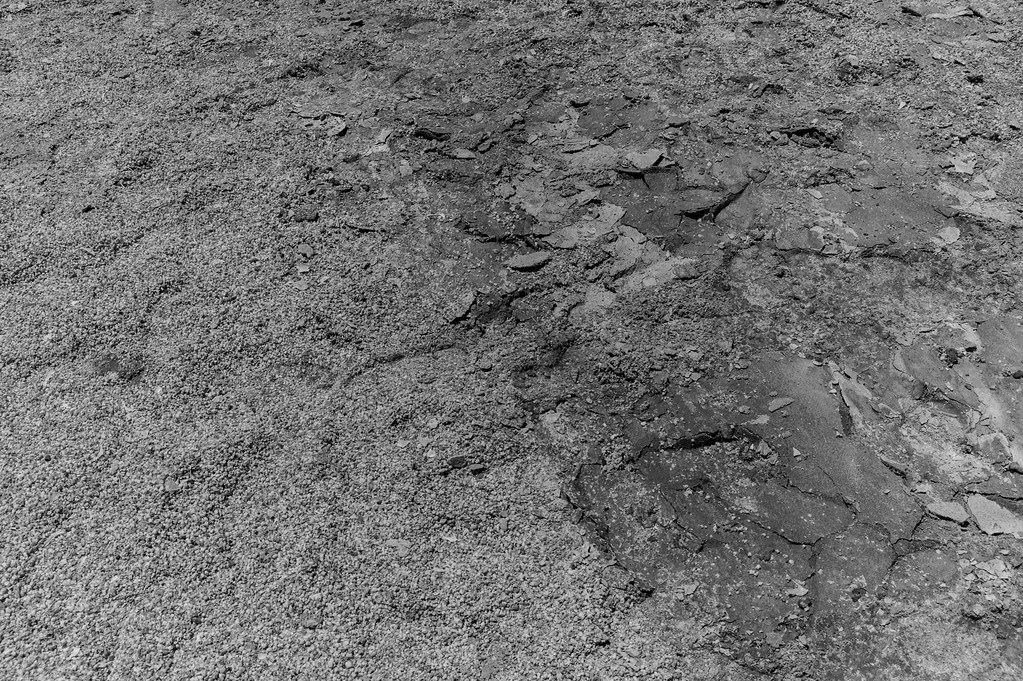 It was as if the city didn't want to let us leave, pulling us back into it's humid lethargy. It took us two days to leave Brussels (a train accident, flight delays, etc.) and when we finally landed in Phoenix we were greeted by the dry warmth of desert evening. This was a different kind of warmth, one that glides across the skin rather than cloying and stifling.

We had arrived in the Sonoran desert. A place of desiccated time, layered time, geological, vegetal, human time. Time kneads the Earth's crust into deep folds, cracks and canyons. Plants lay dormant through cycles of drought or grow slowly for centuries, bursting into blossom after the first rains. Humans come and go. Blown through the ages like tumbleweeds. Things don't really decay here. They shrivel, dry up or slowly rust, yet remain present, as they gradually erode into dust. A thick, dusty atmosphere of things that were, things that are and things that might be. Densities and intensities coagulating on a larger than human scale, illuminated by stark light or lurking in the deep shadow. 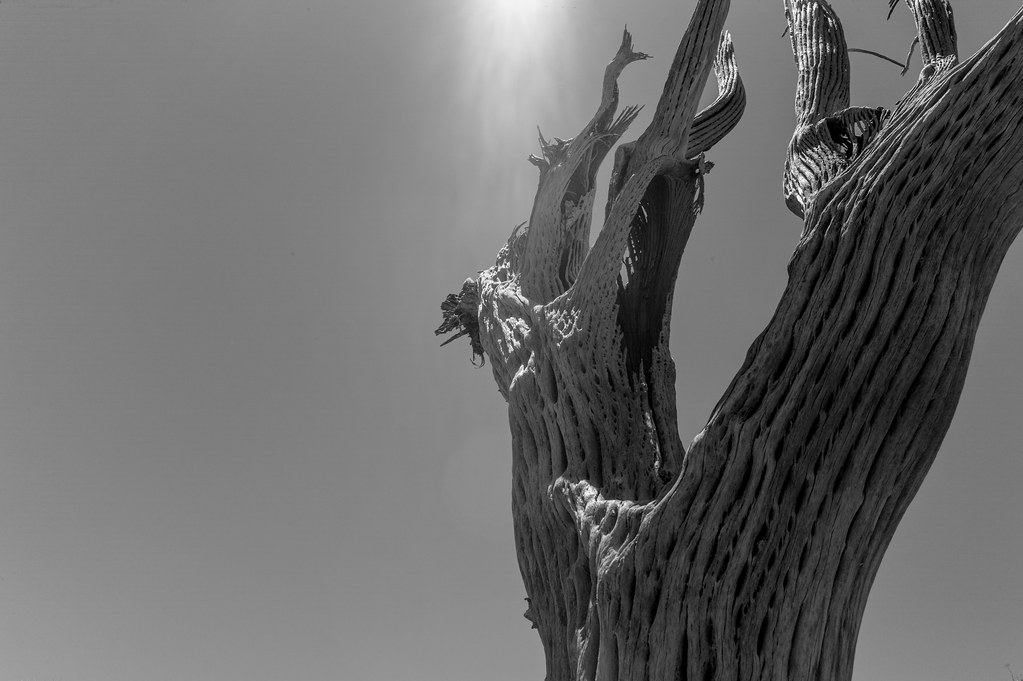 Our first experience of Phoenix was that of sprawling suburbia, a seemingly endless grid of ordinal numbers and presidents. A city of three million people keeping the desert at bay. Yet the desert refuses to be tamed. The dust from the big "beyond" blows across the streets on the hot wind. It covers all surfaces, forms a thin crust and penetrates everything. A reminder that the heart of darkness is our neighbour. Hidden beneath otherworldly rocks. A vast expanse with "outstanding opportunities for solitude" protected by the Wilderness Act and it's own indifference. A vastness that remains incomprehensible despite the many attempts to focus and frame it, from early Hohokam sites to contemporary land art. James Turrel's "Air Apparent" frames the intense blue of the sky within a metal square. The ruins of the Casa Grande are host to an array of sky-holes focusing sunlight and moonlight. Lines and openings to mark solstices and equinoxes. One of them only illuminating each 18.6 years during the lunar standstill. An inert architectural element activated during an event of ritual significance. From place to time, from earthly to cosmic.

Our bodies experience a radical disjunction. Skins used to the swampy conditions of the European Lowlands begin to crack and itch. Temperature rises above 40ºC (105ºF). Despite the bodily discomfort, the desert draws us in. Inhospitable and alien, yet alluring and addictive in the unfolding indifference. A resonant, experiential alterity. Neither "the mirror" nor "the lamp" will serve us here. We need (to become) human receptors and listening devices. Practicing the craft of silence. Heterogeneous hearing. Tuning to the world. There are others here listening too. An incomprehensible historical grammar of rock formations. Alien plant morphologies with antennae into parallel presents or alternate futures. The rustle of slithering reptiles, the buzz of invisible insects and thick webs woven by secretive arachnids. We do not attempt to understand or interpret. Instead, "I dream of a hard and brutal mysticism in which the self merges with a non-human world and yet somehow survives still intact, individual, separate. Paradox and bedrock." (Edward Abbey) 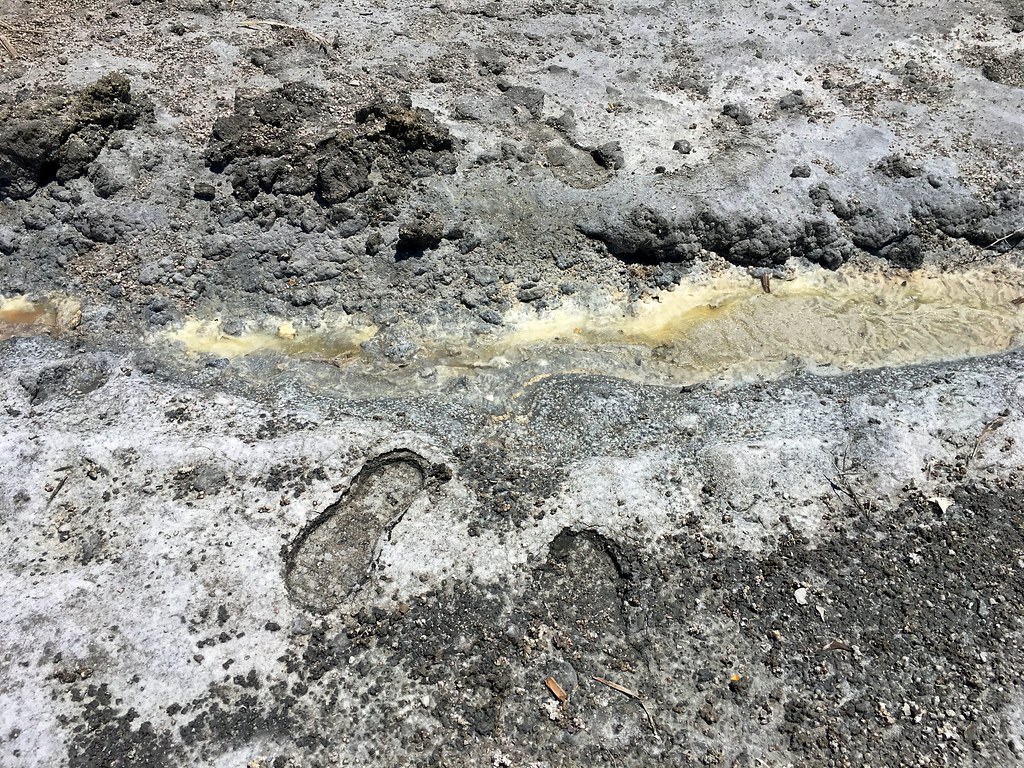 We came this time to observe before interacting. We are but passing travelers. We do not enter without an invitation. We do not have a deep connection to a place like a settler or inhabitant would. Instead, we tread lightly, seeing with new eyes, witnessing, weaving threads of connection with other places, other times, other people. The world speaks to us in material forces. We gradually begin to sense its overlapping relational fields. Other-knowing, co-existence and reciprocal engagement. Communing rather than examining, cross-pollination rather than exploitation, reconciliation rather than reduction. What arts, sciences or technologies become possible if we emphasize experience and interacting rather than investigation and representation? “[Thalience] is an attempt to give the physical world itself a voice so that rather than us asking what reality is, reality itself can tell us.” (Karl Schroeder) What does a thalient laboratory in the desert look like?

The desert seems to invite an unencumbered experimentation. The savage romanticism of the Wild West. Out here, "Let's just try it out" seems to be a guiding principle. The desert replies. This isn't a place to hesitate. The desert is unforgiving. There are no maybes, no compromises. A polar opposite to our point of departure. Yet people do try. "You have an idea? Great. Show me that it works." A heuristic culture of trial and error. We sought out the consequences of misplaced experimentation. Of experiments out of place. Of human intervention into habitats generally inhospitable to humans. "There were people here and now they are not". The Hohokam tribe populated the Sonoran desert for centuries, then disappeared. The name Hohokam itself translates to "All used up" or  "those who are gone". A human civilisation with an expiration date. A déjà vu? A signal? Phoenix becomes a Hohokam perpetuation holding onto the promise of permanence. Has Phoenix risen from its ashes, transformed?

We drive past dreams of free settlements crumbling in the unrelenting dryness and heat. Ghost towns, haunted utopias, evaporated opportunities. Human dwellings abandoned and desiccated. A scattering of burned cars, shot-up rusty cans. Guns and God. Forgiven, yet not absolved. Desert center, Amboy, Eagle mountain mine. Waste. Waste of space. Waste and space. It seems easier to abandon than maintain here. Engineering mistakes leading to inadvertent ecological transformations. The accidental, yet complete drainage of the Colorado River in a series of mishaps that produced the now semi-living Salton Sea. First Solar's energy farm and inadvertent soil erosion machine. The arid confluence of Joshua Tree National Park where the Mojave and Colorado deserts meet. Why even attempt to build cities in the desert? As Becket echoes "Try again, fail again, fail better." 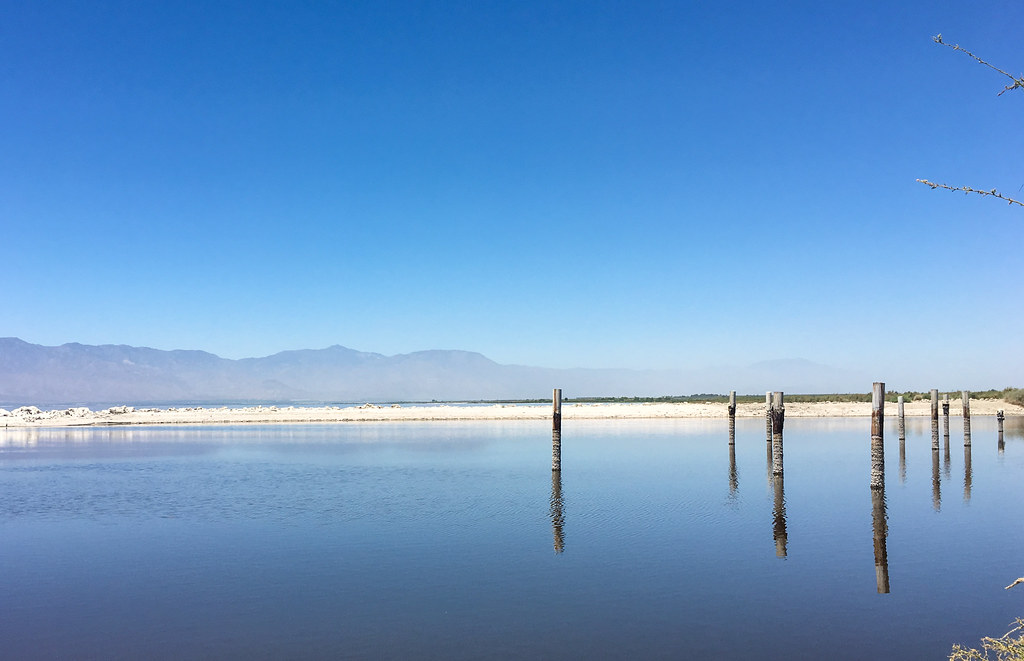 We are witness to grand visions refusing to fade from matter to memory. Domed structures barely holding onto existence. Failed utopias hovering in some zombie half-life; Biosphere 2, Arcosanti, repeating groups of eight. Half dust. Half baked. What would a banishing ritual for these haunted utopias look like? Could they be transformed, or should they be reused and recycled, like planes in the boneyard? There are high risks to experimentation. Most recently, techno-utopian experimentation. The Alcor Life Extension Foundation in Scottsdale. The New Age perversion of spirituality tourism in Sedona. Neoreaction (Dark Enlightenment) and New Age existing as each-other's flipsides, collapsing the complexities of uncertainty into a few select parameters or platitudes. The questions that uncertainty gives rise to are answered with a reversion to a mythical 'golden age' or mistaking a local maxima for something more. These are warning signals of the pre-modern perverted, gone astray, of confusions between signal and noise. So, how can we animate non-modern sensibilities without becoming entrapped by dualisms of light and darkness, good and evil, us and them, love and power?

Yet despite the many traces of human failure, there is a pervading sense of possibility, of resonance, confluence and synchronicity. Nearing the adjacent possible. We mulled over romantic poets and romantic machines, process philosophy and the creative process, experiential topology and phenomenology, enchantment, ecology and non-modern practices. How do we translate animist or mystical attitudes towards interconnectedness of all life into worldviews compatible with contemporary (or future) techno-materialist societies? We discussed the contested terrain of panpsychism, where psyche is understood not "just" as mind but soul, breath, life, vitality, being (would panexperientialism be a more suitable term? or should we refrain from speech and use the visceral language of experience?) How do we speak of relations rather than (or as well as)  things? In some languages (Mayan, Japanese, Tibetan, etc) "relational nouns" describe movements, relationships between things. Our language could liquefy, become unstuck,  mutate on occasion, from ceremonial to the everyday. Communicate to connect rather than dissect. Perhaps we're after a humanist  (or at least humane) view without anthropocentrism, balancing on a fine edge between social constructivism and social engineering. Moving from social contracts to a natural contract. From value to valuation (of matter, of ecology, of experience...). From sequential decisions to layered selections. From static matter to a space of operation. From the frame to framing. From facilitating to communing, catalysing and spawning. How do we decentre without falling into the abyss of nihilism? Finding a place of care, empathy and conviviality within the contemporary worlds. Increasing the porousness between interiority and exteriority. From the space between the cells to the space between the stars. Animism, animation, re-animation.

"To engage with animism necessarily involves being provoked to think more carefully about what it means to be a person. [T]he understanding that persons always live in relation with others and, in animist communities, are regularly encouraged to act respectfully – especially towards those one intends to eat. That is, this animism is always local and specific. It might not be at all romantic, transcendent or esoteric, but might instead be quite practical or pragmatic as people negotiate everyday needs.” (Graham Harvey)

From myth making to re-animating myths and re-activating inert (geological or architectural) markers. Geomancy. Material wonder. Walking. From shinto to shamanism (and back again). In sacred refugia and wild sanctuaries. Vaporous thoughts condensed into propositions, commonplaces and fieldguides. ∆[∆] ...until all our material traces erode and conjoin with countless dust particles in the ever expanding desert.

"In the same way the garden remains the garden designed 500 years ago by a poet-architect, even though every plant follows the course of the seasons, rains, frosts, wind; similarly the lines of a poem are handed down over time while the paper of the pages on which the lines are systematically written disappears into dust." (Italo Calvino)

with thanks to our gracious hosts and fellow explorers Ron Broglio, Adam Nocek, Stacey Moran Nocek and Sha Xin Wei.